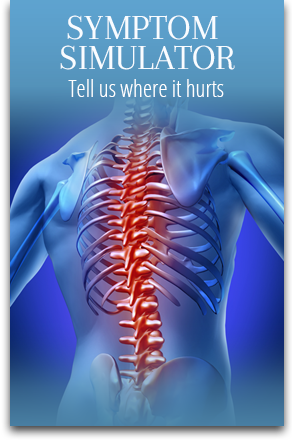 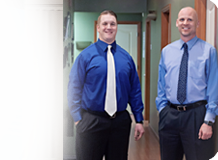 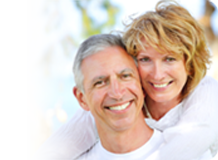 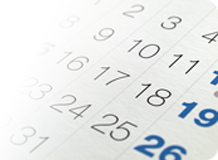 Whiplash describes an injury to the neck that results from a sudden and acute movement of the head and neck, such as during a car accident. The injury may affect muscle, vertebrae and other soft tissues, all of which require skill and experience for proper treatment. At French Chiropractic and Wellness Center in Madison, we help hundreds of residents from Painesville, Mentor and surrounding towns in Ohio heal from whiplash.

French Chiropractic and Wellness Center, located in Madison, Ohio is pleased to provide patients in the area with specialized treatments to ease pain and restore neck and spine functionality. One of the most common complaints after a motor vehicle or work-related accident is often whiplash. In addition, both amateur and professional athletes are also at an increased risk of whiplash.

Whiplash occurs when the occupant of a vehicle jolts, falls or otherwise moves very quickly during the course of an accident or fall. A sudden, severe movement of that type allows the head to move too swiftly in one direction, resulting in injury, pain or reduced movement. Whiplash is a significant concern that deserves immediate care and treatment by an experienced chiropractor.

It is important to note that although whiplash can happen in several ways, the most common is undoubtedly a motor vehicle accident. The force of the vehicle colliding with another car causes the muscle’s ligaments to move abruptly. They will often tear or over-stretch as the direct result.

Essentially, the sheer force of the accident moves the body very quickly, but the neck is a fraction of second behind. That brief delay starts a vicious cycle of pain. The speed of the entire event may occur before the head ever comes into contact with the headrest. Every vehicle should have a headrest that is appropriate for each adult’s use, in order to protect against the worst of the hyperextension.

The injured muscles reflexively contract, at which time the head goes forward. Theoretically, that would prevent additional injury, but in reality allows for more injury. That increase happens due to the fact that the head is already moving very quickly as the car slows down. More injury to the muscles is probable, and the soft, pulpy discs located between the vertebras can swell or separate.

Another possibility is that the vertebrae can become misaligned; resulting in reduced movement and function. The spinal cord and nerve roots can also be affected, with the possibilities of stretching and irritation. Finally, if the occupant of the vehicle was not in a seatbelt or other appropriate safety restraint, the forward movement will not stop. Concussions and injury from flying glass are also possible.

How Does Whiplash Happen?

Within 14 days of the accident and often much sooner, new and frightening symptoms may appear, such as

Soon after an injury, the human body attempts to heal the problem and reduce the pain level. It frequently starts with a muscle spasm, which prevents the damaged joint or muscles from moving freely. The injury will have between four and eight weeks to completely improve, at which time scar tissue begins to form at the injured site, further limiting recovery. As the scar tissue develops, so does additional bone growth at the damaged joint. The bone growth progresses to joint damage and, unfortunately, this entire process can occur without any extra pain.

The Journal of Bone and Joint Surgery has been quoted as saying “An individual involved in a motor vehicle accident is seven times more likely to suffer neck regeneration within seven years of the accident”, as opposed to people who did have that experience. Chiropractic care exists to restore comfort, usability and functionality of all the joints, muscles and nerves.

Whiplash can cause or contribute to any of the following problems.

The Four Phases of Whiplash

If a person is involved in a rear-end automobile accident, it has already been mentioned that the rapid acceleration and deceleration causes whiplash. It is crucial to remember that there are four stages of whiplash, and they all occur within less than a second after the accident. Each phase provides a different force to the body, resulting in different or worsened injuries. The different speeds that occur at that moment can injure all of the neck and spine.

Whiplash begins when the car is pushed out from under the passengers, forcing the middle of the back to flatten directly against the back of the seat. That causes the cervical spine to move upward very quickly, compressing various discs and joints. The seat back will abruptly move the torso forward, and the head goes backwards. The contrast between the two results is a searing pain in the neck.

In this phase, the torso has reached its highest speed of movement, which is 1.5 to 2.0 times that of the vehicle, The head has yet to catch up and continues to move in reverse. During this time, an unhealthy S-curve manifests in the spine because of the seat’s backward movement. The contrast of the two contributes to the severity of each injury.

The combination of excessive speed and the body going one way while the neck goes into another, results in a very common situation that can be assisted by our chiropractors. The jolting force in the neck also causes the following types of injuries.

At this point, the torso is lowering to the seat. The neck and head are at the highest level of forward acceleration, but the car is still reducing its speed. If the brake was released at the moment of the accident, they are probably being pressed very hard.

Although stopping the vehicle suddenly after an accident is probably a good idea for the vehicle, it is not a good idea for any injured people in the car. The sharper contrast between stopping and starting is likely to contribute further to the damage of the neck. If someone moves forward in the seat, the slack is immediately reduced.

In most situations, the fourth part of whiplash does the most damage. The torso is kept from moving by the seat belt and shoulder restraint, but the head is not as safe. Instead, it moves forward again, allowing a dramatic forward neck motion. The muscles and ligaments are stressed, and fibers in the spinal discs may also be injured. The brain could come into contact with the inside of the skull, resulting in a Traumatic Brain Injury, or TBI. Pain is almost guaranteed because the spinal cord and nerve roots over-stretch and become irritated.

What is the Treatment for Whiplash?

Chiropractic care focuses restoring proper segmental motion to dysfunctional vertebral regions. This ultimately improves function and flexibility and reduces pain, as pressure is removed from the nerve endings that line the joint’s surface.  When nerve endings within the joint are irritated, they cause pain. Removing that pressure provides pain relief. French Chiropractic and Wellness Center in Madison, OH offers relief to anyone experiencing whiplash. Appointments are available for anyone who wants to be rid of pain and enjoy a higher quality of life once again.

Isn’t it time you tried chiropractic care for you and your family? If you are experiencing any of the common symptoms of whiplash, please contact our office now to schedule an appointment.